Unless you are intending to island hop around the Western Isles, the Orkney Islands or the Shetland Islands the furthest recognised scenic touring area from our base is the Scottish Highlands. This is truly awe inspiring in its vast beauty, its freshness and mountain scenery. Here you will find the highest peak in Britain, Ben Nevis. You will need several nights stop over to sample this area.

Closer to home and back in England there are many special and beautiful areas all with their own characteristic, regularly toured by visitors from all over the world. The Yorkshire Moors covering a large area spreading right out to the East coast can be bleak in Winter, with farmers struggling to feed their animals yet welcoming towns and villages all year round and looking a picture of purple and mauve carpet in August when the heather is in bloom.

The Lake District provides a character of mountain and lakes with walks, horse riding and mountain passes by road and is special in its own beauty. You can enjoy peace and quiet in the hills or join in the busier areas with boat trips on the lakes that once hosted world speed record attempts on Coniston Water or the more gentle Lake Windermere.

Derbyshire Dales and The Peak District, a little closer to our base offers famous towns and country estates within the scenic area of peaks, moorland and dale areas. A special area of inland England attracting thousands of visitors each year.

Wales – special on its own merit. A mixture of fabulous sandy beaches where the sea encourages surfing in many parts and the breathtaking Pembrokeshire Coastal walks. Away from the coast, beautiful National Parks and mountainous areas ready to be explored and filled with history including coal and slate mines that are open to the public as operating museums. The Snowdonia National Park is home to the highest mountain in England and Wales – Mount Snowdon.

We can not talk of tour areas of the UK without mentioning Devon and Cornwall. Spectacular sandy beaches, some for relaxation, some for energetic water sports including surfing with world championships being held at Newquay. Magnificient coastal walks are in abundance as are inland beautifully scenic areas of Exmoor and the more rugged area of Dartmoor. A part of England not to be missed. 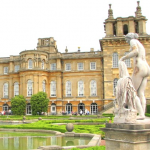 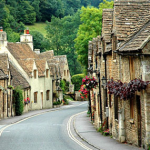 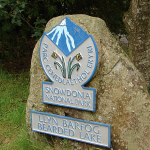 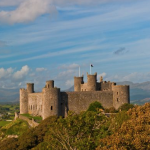 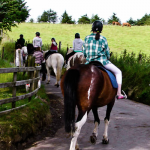 On our doorstep, so to speak, are the Cotswolds with the rolling hill area mainly rural and with quaint towns and villages built of the local Cotswold stone. Many houses are still thatched roof style and the whole ambiance lulls you into thinking that time has stood still. This is a very popular tour with visitors feeling that a visit to England would not be complete without a Cotswold viewing.

Also on our doorstep is Blenheim Palace at Woodstock with the large accompanying estate grounds. It holds very grand history including being the birth place of Sir Winston Churchill who, incidentally, is buried in the neighbouring village of Bladon.

The most popular tour of all is London with the numerous points of interest whether it involves the special interest in the Royal Family and Buckingham Palace with The Queens Guard, or one of the many museums with specific interest or perhaps the National Gallery. There are so many points of interest in London and everyone will have their favourite but regarded as extra special apart from those already mentioned are Houses of Parliament with the Clock Tower and Big Ben which is the bell world famous for the recognisable chime. In the same area is Westminster Abbey where many royal weddings have taken place, and then close by Whitehall with Downing Street, number 10 being the official home for the Prime Minister. Trafalgar Square with Nelson`s Column is nearby and then the Embankment with the London Eye just over on the South of the river Thames. We often then move on towards St. Paul`s Cathedral, The Shard (until recently the tallest building in Europe) and the Tower of London with some preferences then being the Bank of England and financial area but other preferences being back to areas such as The Royal Albert Hall in Hyde Park area being close to Harrods. However these are only a few of the visitor attractions and any of the many can be included in a London Tour so long as time is available.